August always holds the promise of something magical, something glorious, right when the summer is about to end and the trees are losing the greenest of their green, when the flowers lose their lustre and nature seems to fade a bit. This is the exact moment that the heather starts to bloom and that the moors are turning purple in all kinds of shades through the weeks of its bloom. The first signs of purple were showing earlier than usual and even autumn seems well on its way already, with leaves turning yellow as early as mid August. One Saturday afternoon it was raining buckets and I, of course, decided to go to the moors of the Posbank to see if the colour purple could be found and standing in the pouring rain I could draw the conclusion that it was indeed showtime. I know how busy the Posbank can get and so I counted on being the first there on the very next morning, because it was just blooming so early in the month and it all happened to be just so and I was alone on that first morning...Oh, how delightfully glorious that morning was. A morning filled with stillness, mist, shades of purple and magical light. 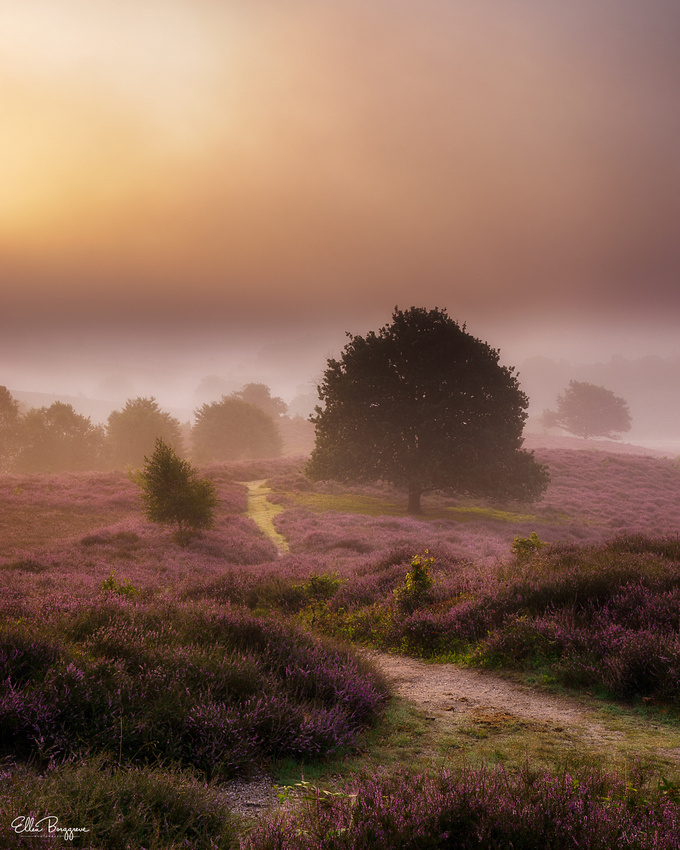 I was deliriously happy, I must admit. The days after though, the word was out and photographers flocked together to photograph the moors. I tried to stay away but then decided that I would simply go to the places where I would be alone and so I did, because to me, this entire thing that I am doing called photography, is all about finding stillness and magic and I just don't experience the same amount of delight when surrounded by 50 others. So I found my stillness by getting away from the crowds and even on the busiest morning I spent hours and hours on my own. This is how I connect to the magical side of reality....on my own.... 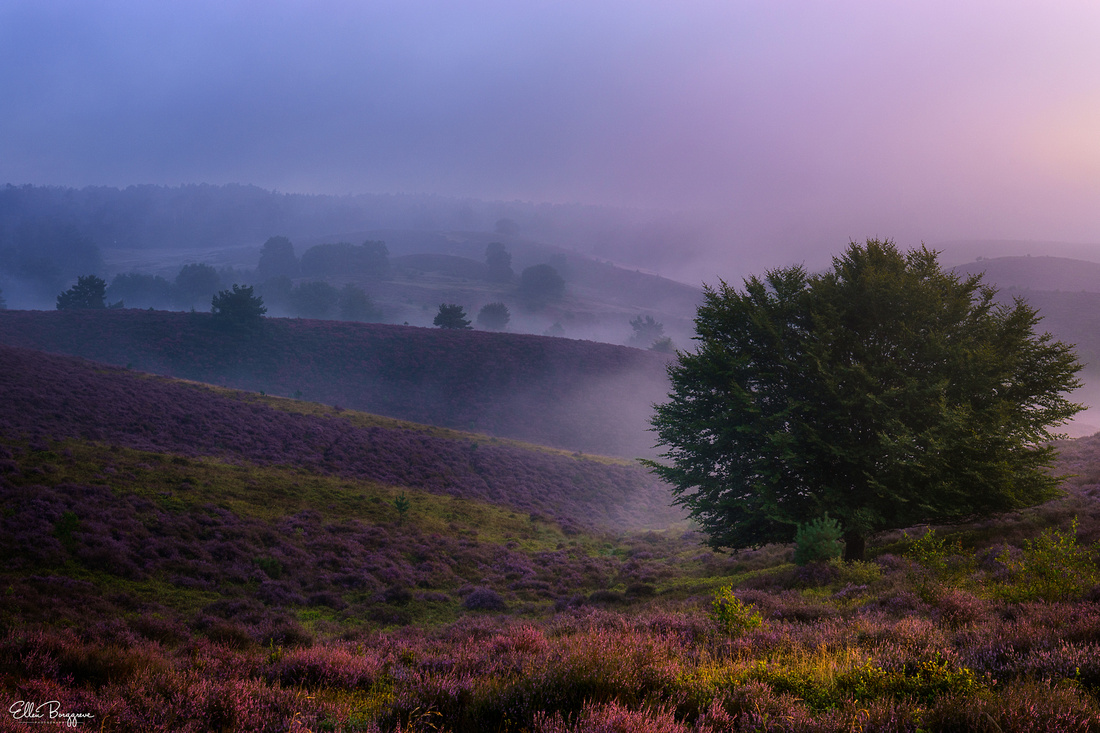 Well...alone...You know what was also really magical? I was making a video to put on Instagram Live and my very dear friend who lives in Sweden could see what I was seeing at the very moment I was recording it. I often feel really overwhelmed by social media, it often takes over my life, but this moment it made me feel like I had one of my dearest friends, whom I miss so much, right there. That was astonishing. I mean....if someone would have told me 10 years ago that my Swedish friend could see a video that I was recording live in something called social media and that she could watch it on her phone whilst I was recording, I would have honestly though they had watched too many Star Trek episodes 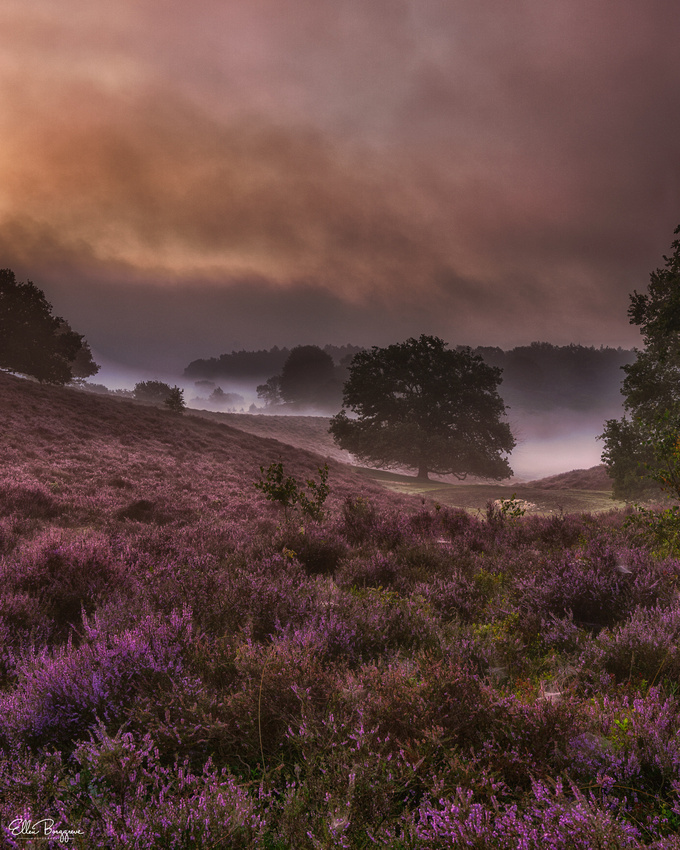 And so I photographed at the Posbank for many more glorious mornings.The moors were just more beautiful than I have ever seen before and even if fog has been absent for most of the mornings since February, all of a sudden the Universe decided to give me fog on all the mornings that I spent there, except on one unfortunate morning when I got there, started to feel incredibly sick and had to return home instantly. That was the one day that I was not alone and that fog had decided to not show up, which was ok, because I would have felt even more horrible if I had had to run to my car if there had been fog around. Believe me, I did not need an extra ounce of horrible that morning. 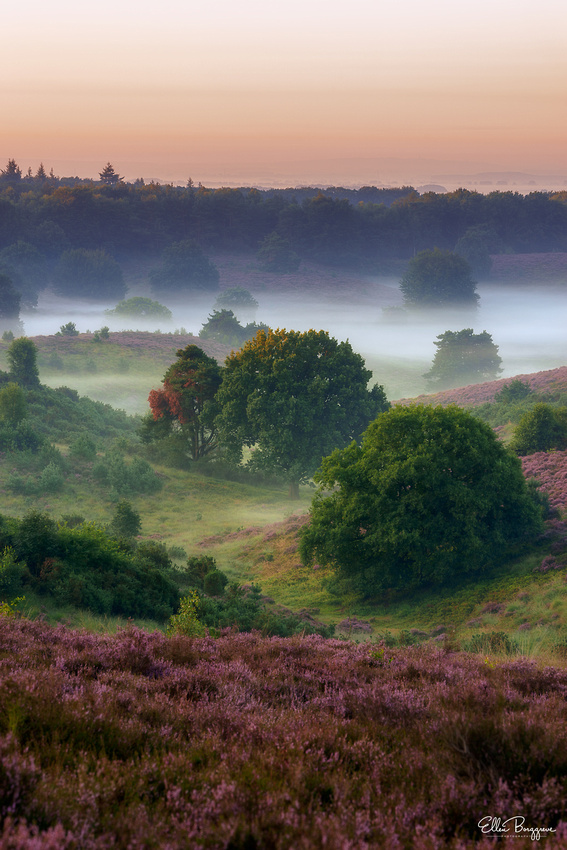 I just had the time of my life this August. People were starting to get slightly worried if I had fled the forests for good, but as long as the purple goodness lingered on, it kept luring me back. 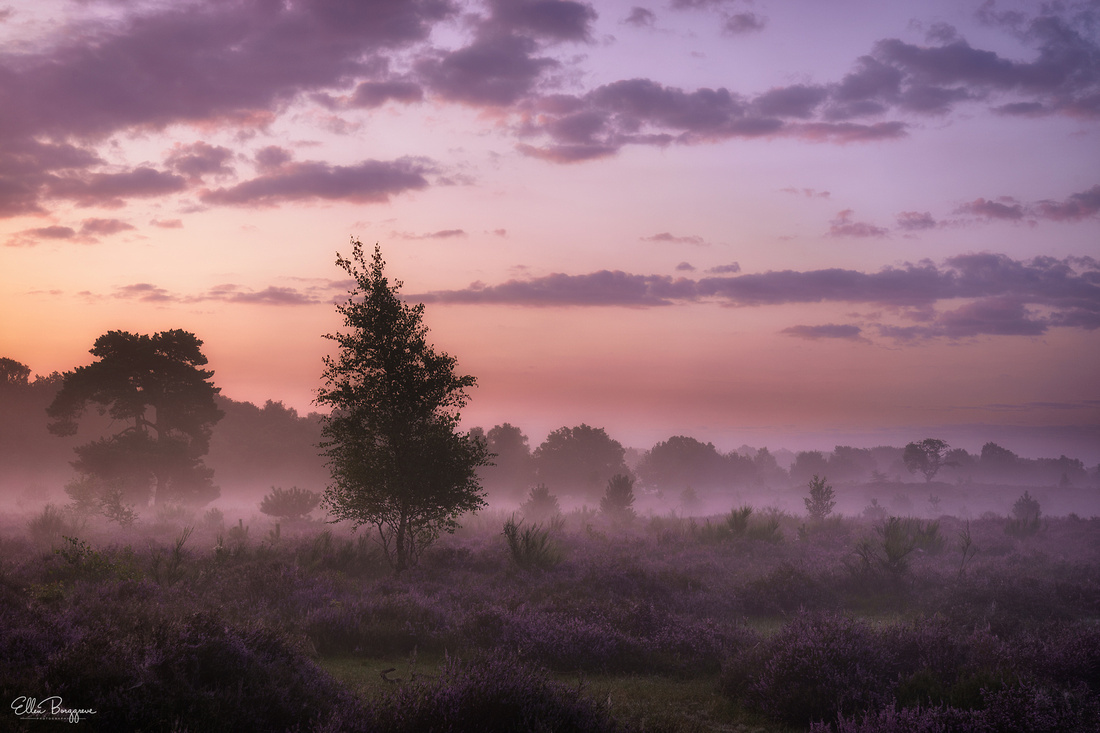 The sad fact that the enormous bush fires in Canada are so, so large that the smoke would reach our country and added magenta tones to the early morning skies was magically beautiful, but at the same time also worrying as this just indicates the gravity of it all. The moors are now losing their lustre and it is time for another season full of colour. Autumn is on its way and I am ready to capture that as well. I will of course go back to my beloved forests, but only those that I feel connected to, only those that help me tell my story, my story of finding the magical side of reality, to stubbornly look for the magic in every day life, because it is out there. 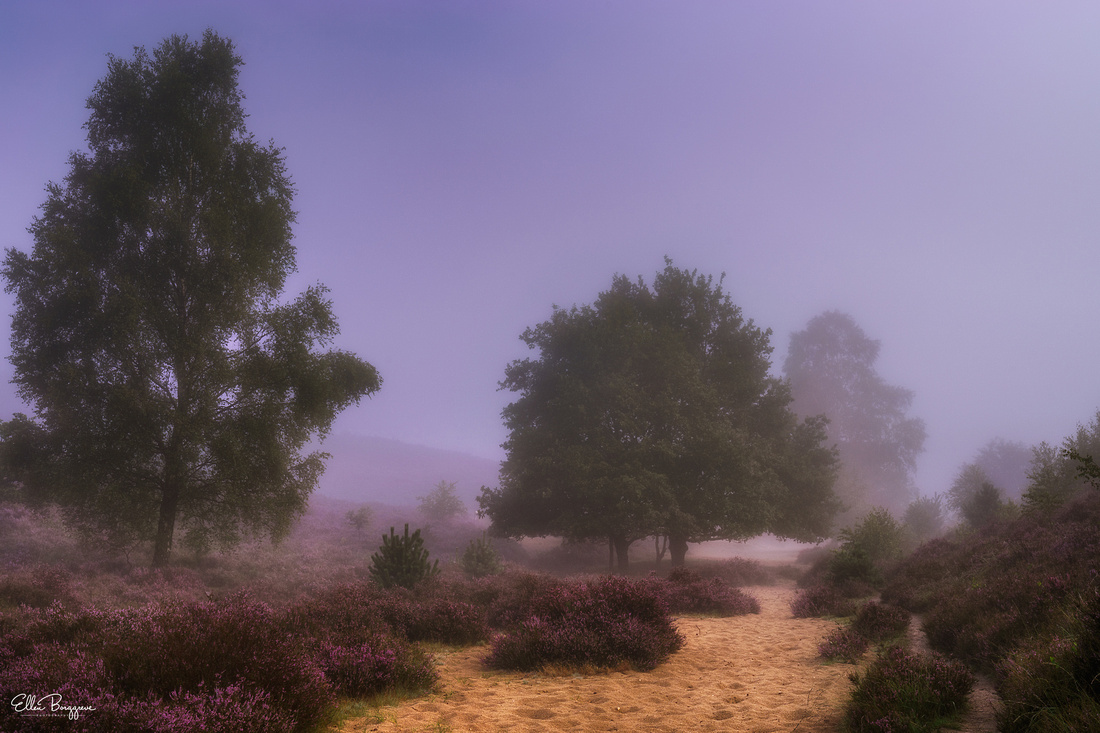 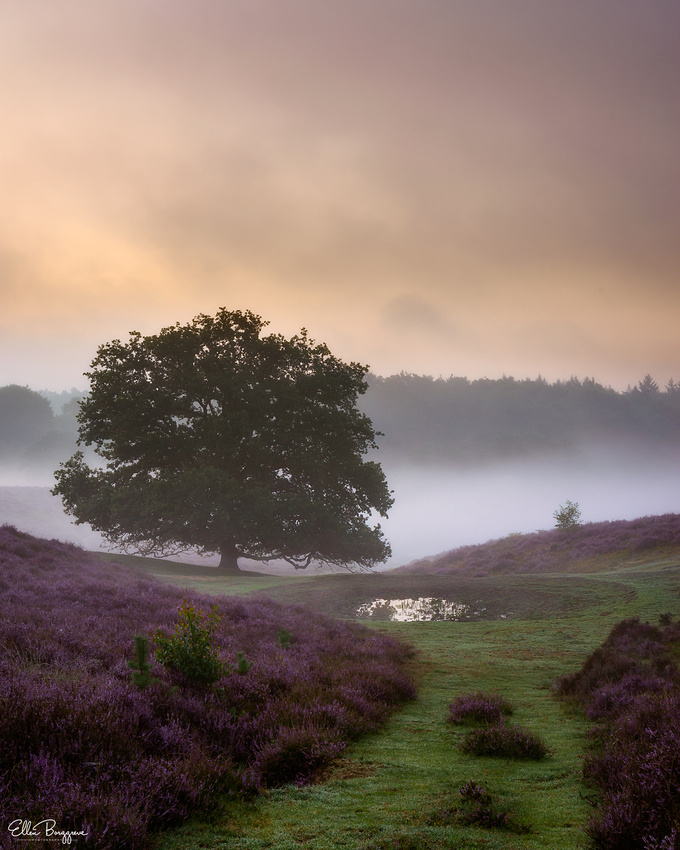 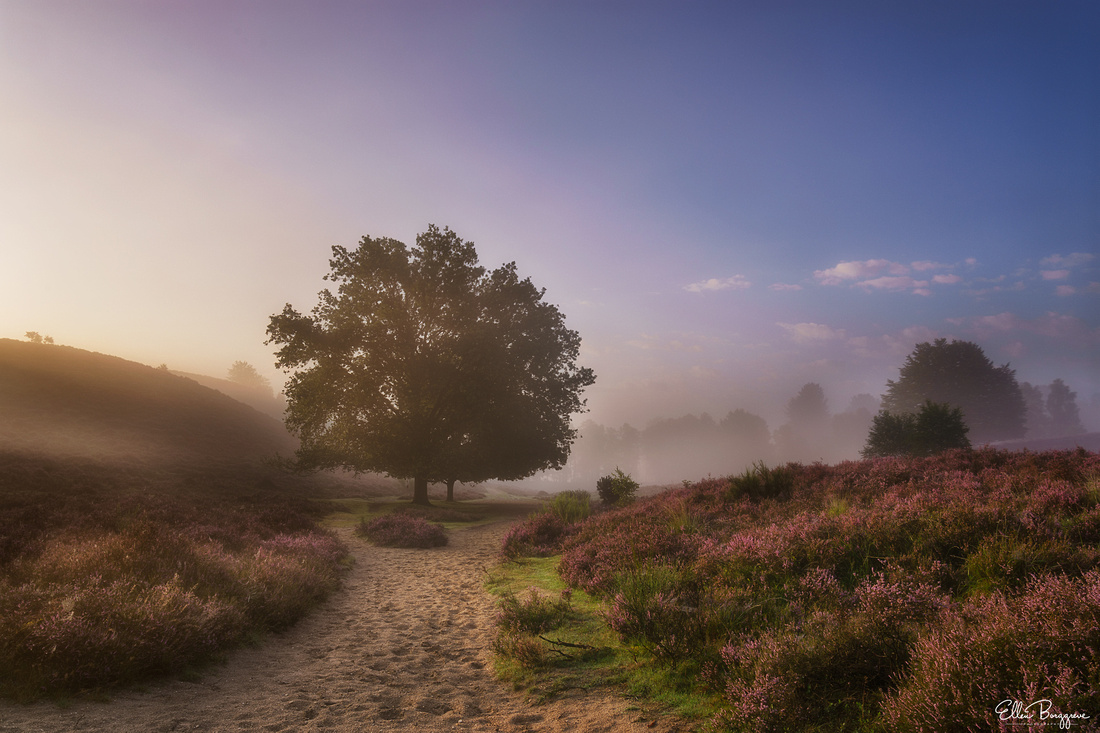 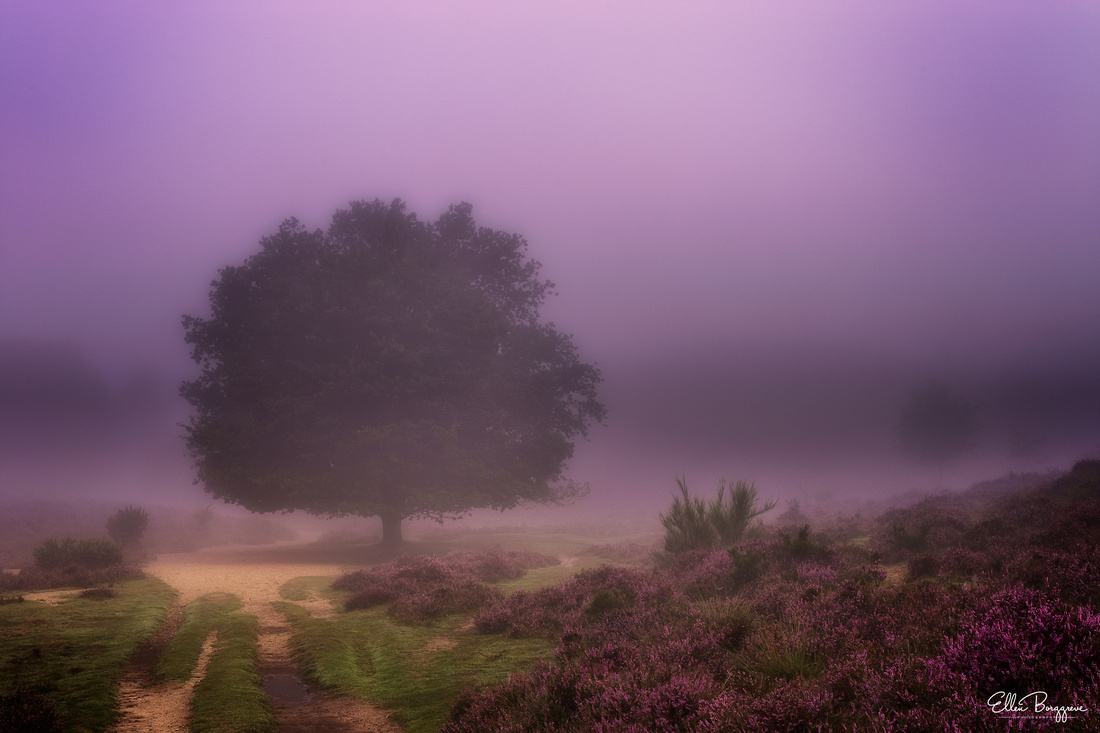 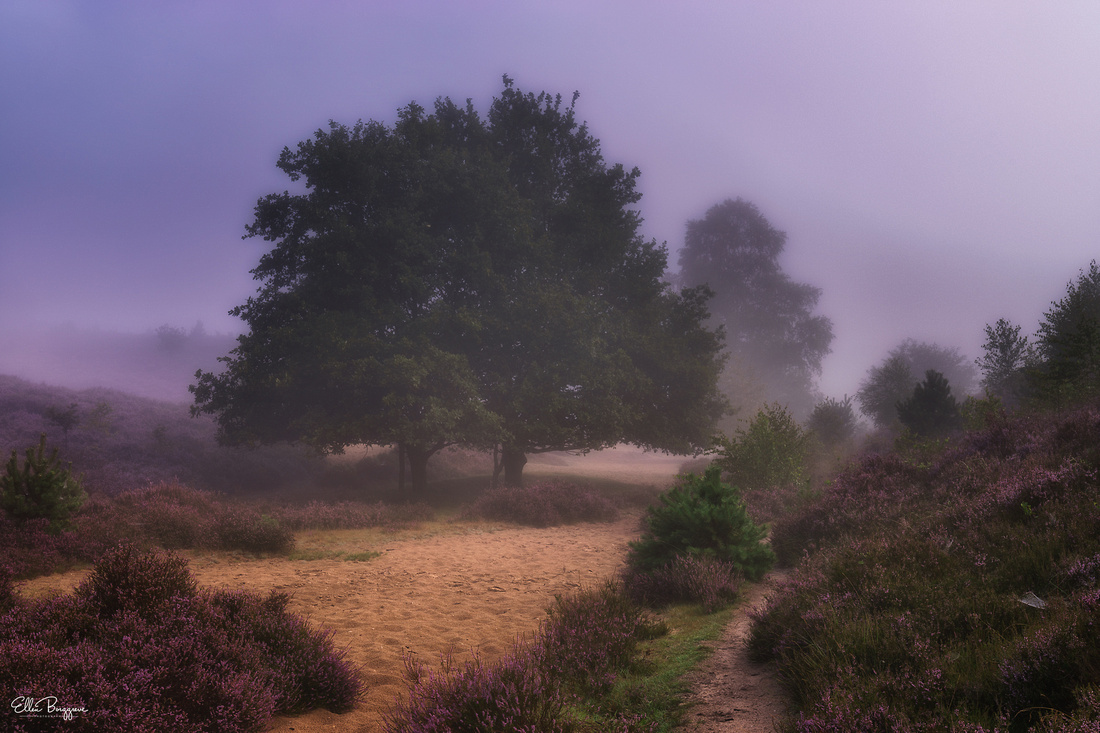 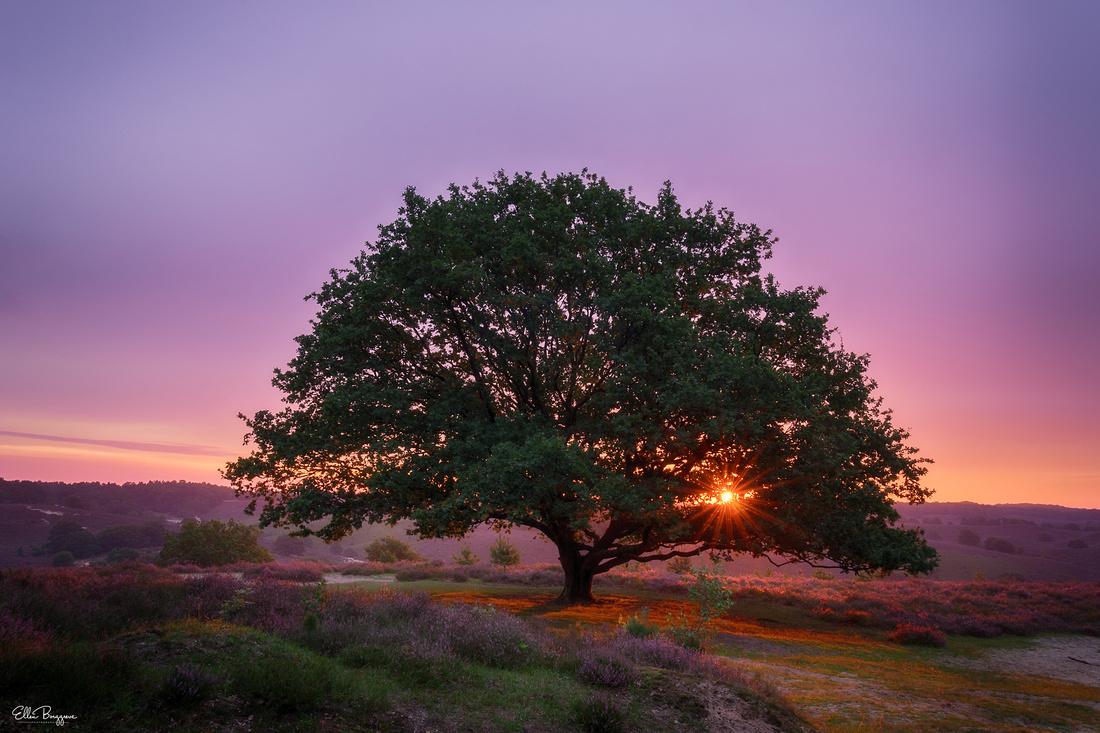