I must admit that I was really starting to feel like my mind would explode if I would not be able to take a picture soon, when the foggy circumstances just did not appear to be happening. Last weekend I told my husband that whatever what happened, I would go out and drive until I found some fog. He agreed to come along and so we set out last Sunday....not a trace of fog to be seen of course....We drove for more than an hour and as I was determined to take pictures, we decided on going to the Kootwijkerzand. I hope you will all recover soon from the shock of seeing a picture of more sand than trees, but I simply had to take pictures as I just felt so out of touch with the core of my entire being 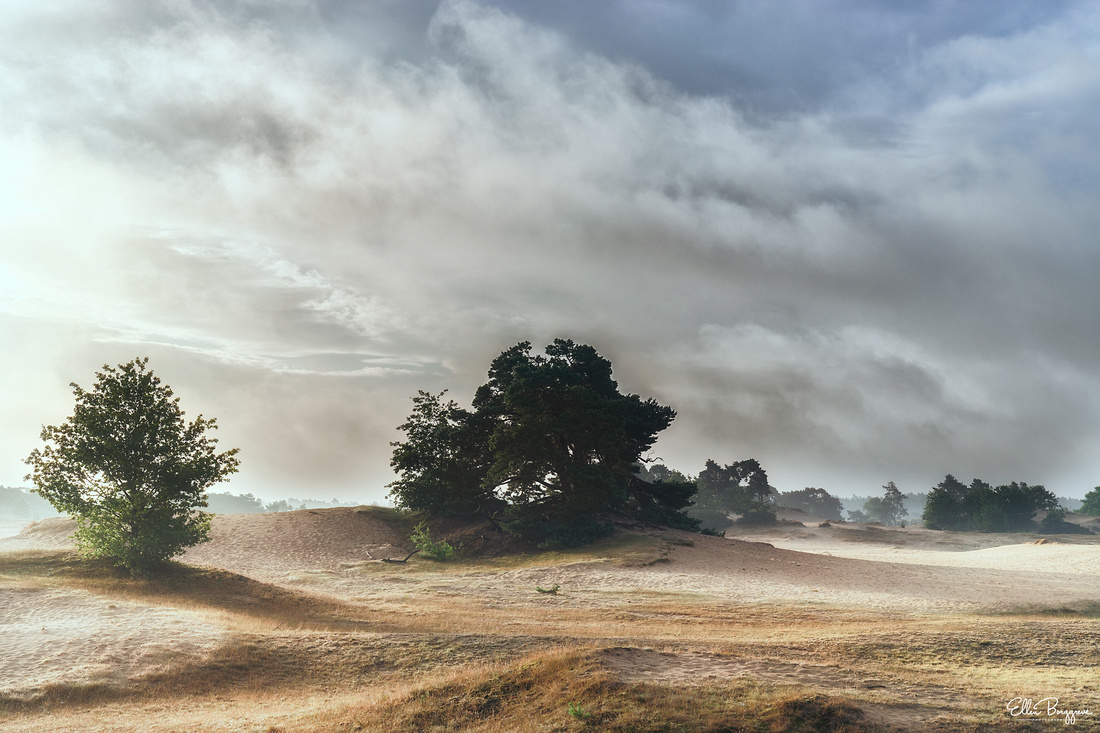 This is not a picture that I had had in mind, nor is it a picture that matches my style particularly, but being creative, staying inspired, also means that you simply need to keep creating and learn to work with what you've got. It was a challenge to me, taking a picture of a scene that was so....empty...Challenges are a treasure though as you learn so much from taking them on and sometimes struggling a bit to overcome the hurdles that might be appearing. 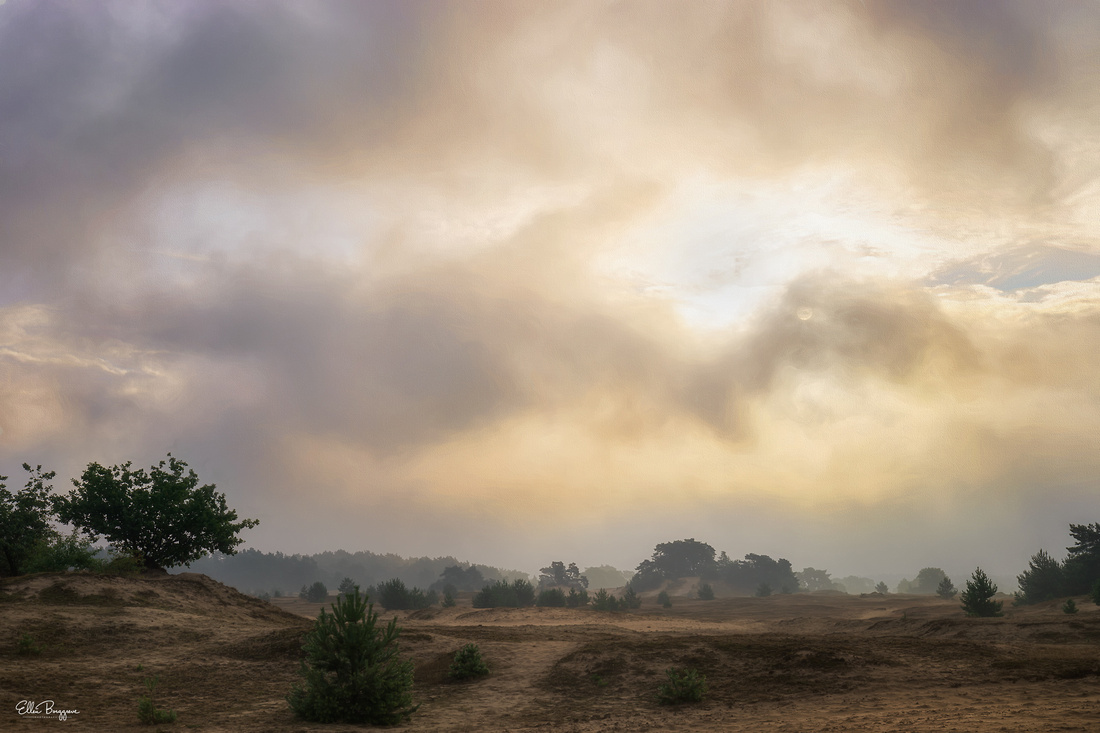 So, I took these pictures in weather circumstances that I would not have chosen, in less than perfect light and in a location that does not really suit my style, but I am glad I took pictures there, because I learned so much by doing so. That said....I will continue to hope for mystical foggy mornings in a forest, because this is what makes me happy