Out On The Windy Moors

This week has been all about getting that one perfect picture on the Posbank. I went there quite a few times, sometimes in the morning, mostly in the evening. I came to the conclusion though that I'd better stand up early as I love the early morning light much better than the light at sunset. I chose sunset to avoid the crowds. So many photographers are trying to get a picture and it makes me feel rather uncomfortable. This morning I opted to go to the favourite sunrise spot for many photographers though....I arrived after sunrise as you are not allowed in the area before that time and I must say that this makes perfect sense to me. Lots of wild animals live there and it is their habitat, not ours and I think sometimes we forget this. I was flabbergasted when I arrived at the parking lot at 6.44 this morning.....it was full! The sun was set to rise at 6.40, so I had not expected this. I got out of the car and walked over to the moor and....oh my, oh my, oh my....I wanted to turn around straight away....so many photographers at the same spot. I did turn around actually, but then thought I'd just find a spot that was not interesting to the others, but which would be interesting to me. Also, I really just need to be alone when taking pictures...If stillness is what you want in your pictures, the Posbank is a pretty difficult spot to find it when the heather is blooming. After a while I found something that I liked and waited there for 20 minutes because someone had hung their bags in the very tree I was going to photograph....After a lot of waiting, the wind came to my rescue and blew the bags off. Just a few more minutes of waiting and then the sun shortly created an embrace of rays around the tree and the haze turned golden and that was when I pressed the shutter. Finally, after so many trials and errors, I have a picture that I feel is really mine... 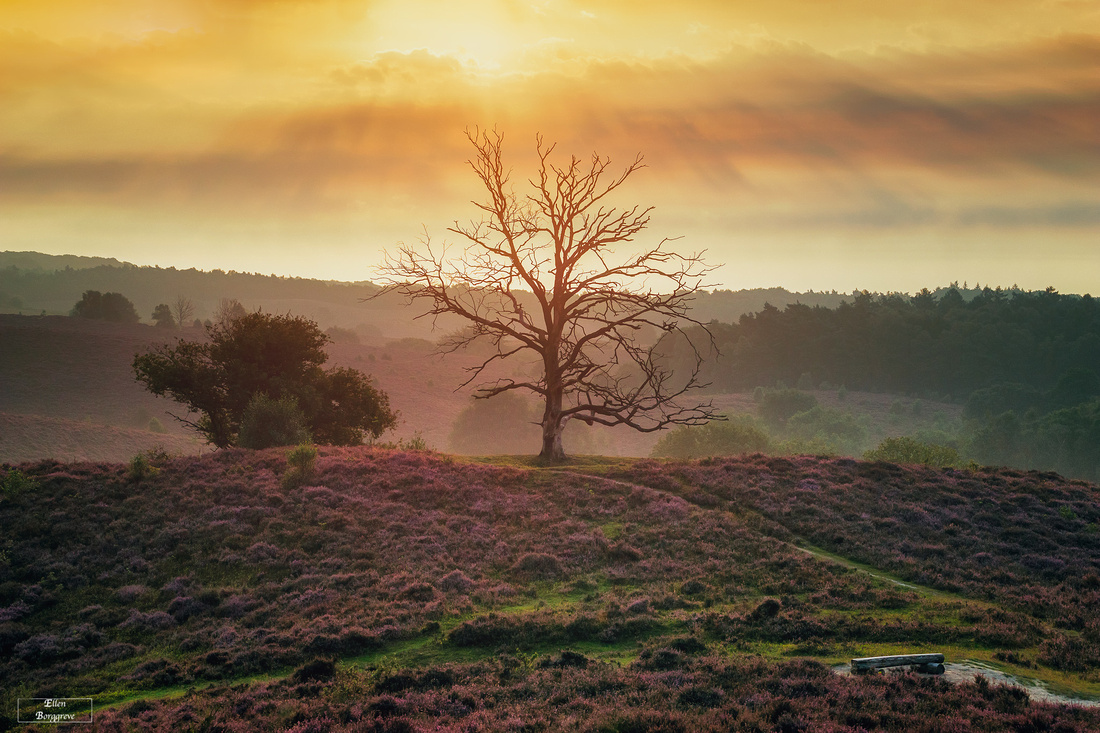 I felt very out of whack I have to admit. Most photographers stayed at one spot the entire time, I tend to move around a lot, try different positions, filters and lenses. I was really starting to doubt myself and said to my husband that I thought I was doing something entirely wrong apparently. I am really glad I got the above picture today or I would have never returned to this landscape ever again. I feel more comfortable in the forests, but I was really trying hard to get out of my comfort zone. Landscape photography is not easy and to learn more I feel you have to challenge yourself to do different things than just those that come easiest to you

This was another picture of this morning 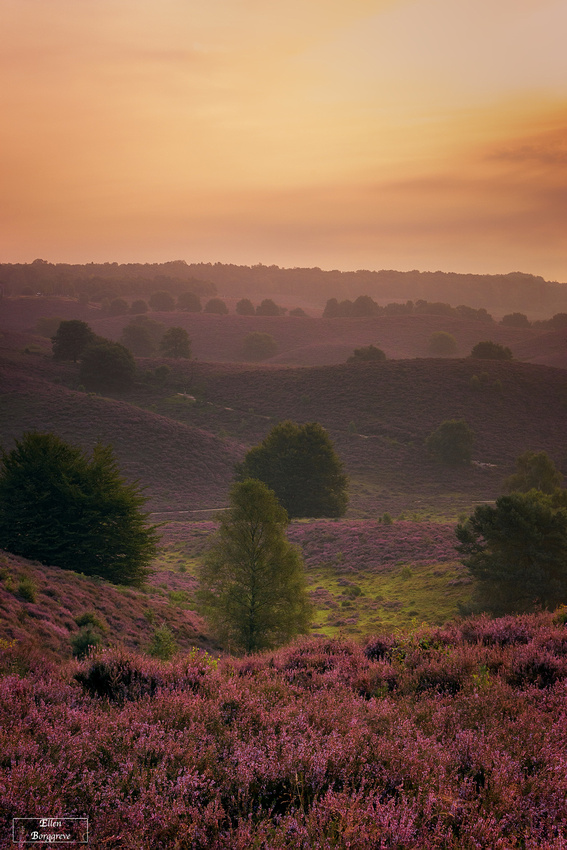 A few days earlier I had taken this image just around sunset. It is totally different in atmosphere and light and is not as much my style as the other two, but I think I like it anyway. This was not the week of the most spectacular skies nor has there been any reasonable amount of fog, but the rain that we have been having earlier this month made the heather really beautifully purple.

For those of you who would like to know...