Interpretations and Perceptions of the Landscape

Photography is often mistakenly believed to be a factual representation of what is. Different types of photographers hold different beliefs as to how factual it should be and discussions on this subject often end up being rather heated. I think that as we have been given the opportunity as a living being to create and to not just exist, this discussion is not that interesting. There are no laws about how one should create and each and every one of us has boundaries we will not cross, but we have to accept that our boundaries are ours and we can not impose them on others. Our boundaries are not laws which are set in stone. 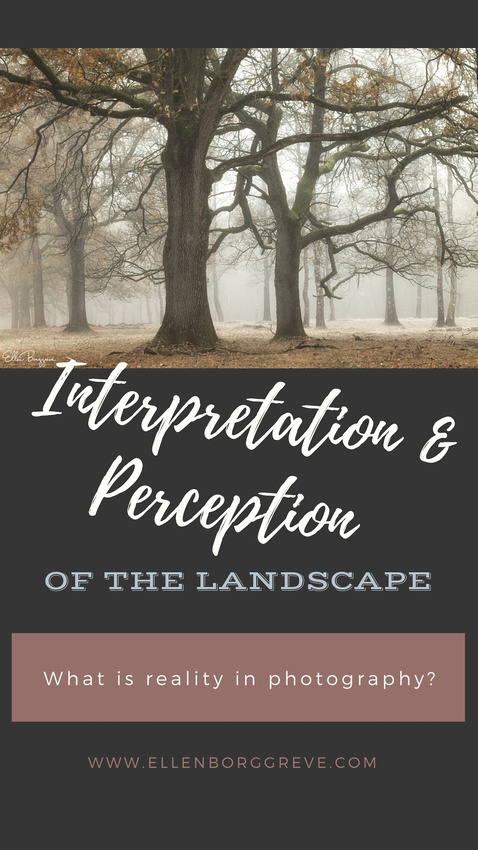 With that said, I disagree entirely that photography is always true to facts, even in images that are believed to be pure photography. What is fact after all? I am always amazed how something simple as a childhood memory of a trip abroad can be totally different from a sibling's recollections. I remember and interpreted facts totally different from my sibling. We were both there and still my interpretation of what I saw was in no way similar to hers.

This can be explained by understanding that people who have totally different personalities and likes and passions, interpret scenes and facts differently. Even though photography is thought to be rather limited in creative self expression as opposed to painting, the limits are only those we believe in. Photography is done by human beings and human beings interpret scenes which are filtered through their own beliefs, likes, dislikes, experiences, background, personality etc. etc. We interpret and perceive, we hardly ever really see facts. I sometimes wonder how we might know what a fact is, because we can not ever rule out our human brains. Might an elephant not see something different than we do, just because his brain works differently? Would he ever believe himself to be grey, even if he had access to words? 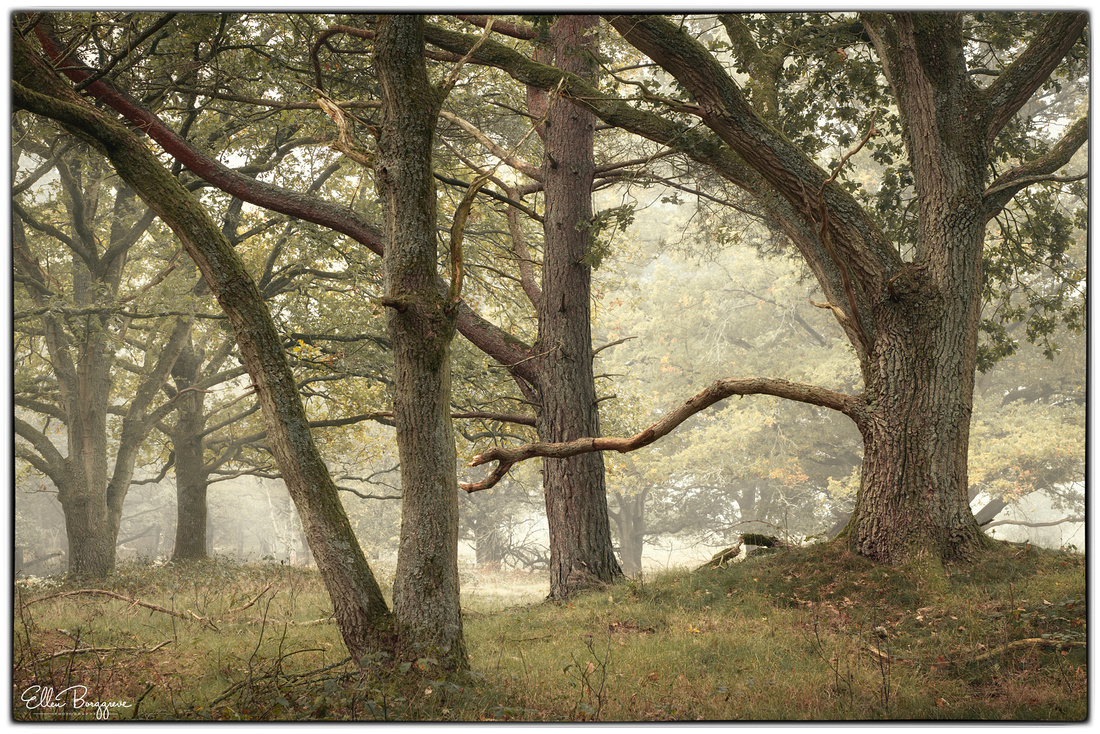 Rhythm and RhymeOak trees on a misty autumn morning

I am digressing, but merely to make the point that factual representation is largely a myth. We can not ever rule out that how we perceive something might not be a fact. We stand in the landscape, we perceive something, that might or might not be colored by imprints in our brain of images we have seen of a similar scene, we compose a scene and in composing, we interpret.

This is why I do not believe in composition rules. Composition is a personal way of arranging elements so it matches the vision we have. It might be rather helpful to know some basics of composition, but art is and should be about personal expression. The entire point is that we all have different interpretations of what we see and experience and that it is up to us to work with this, rather than against it.

The arrangement of elements, the choice of lens, a viewpoint, choice of aperture and shutter speed, choice of under- or overexposure; these are all choices that come from a personal interpretation. These are choices that have been available to photographers for a very long time, but they can have a great effect on the representation of reality. We can influence the way scale is perceived in an image by choosing a wide angle or a telephoto lens. We can extract little scenes from its chaotic surroundings by zooming in on a detail. What would have been factual in that case? The chaos or the detail? Someone with an eye for detail might be totally absorbed by details that no one else notices and this shapes this persons reality. 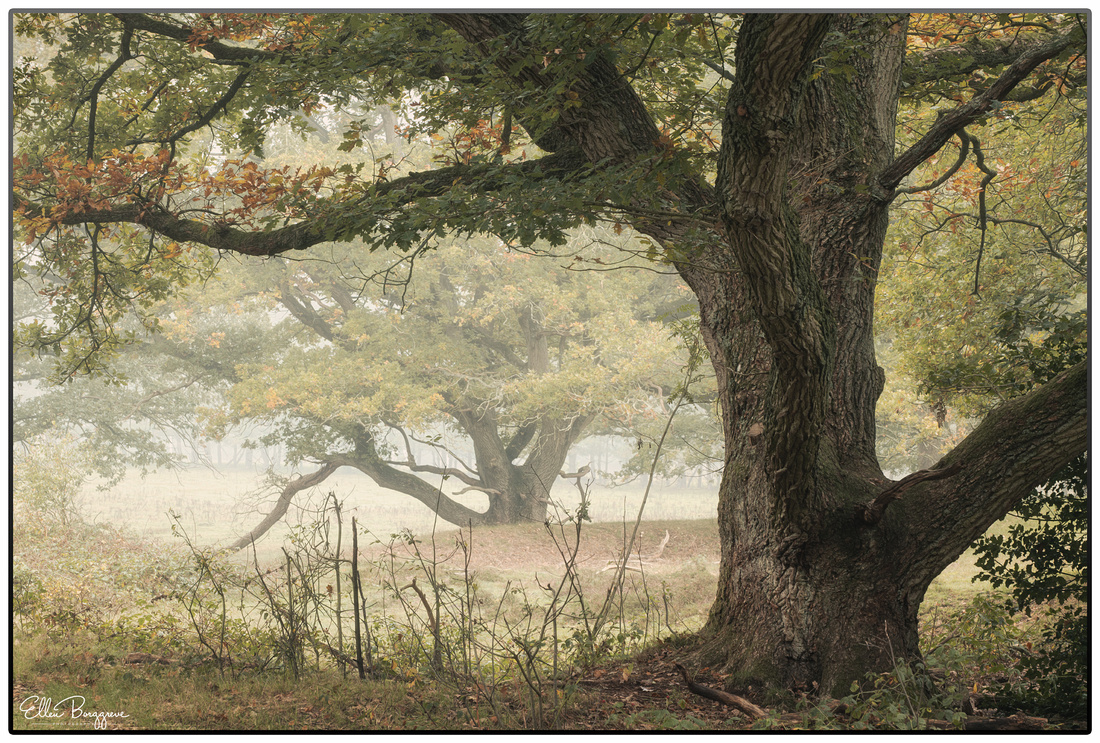 I have a picture that I once cut out of a newspaper. It was a picture of a very young boy who was very thin....his ribcage clearly visible. He only wore a pair of underpants and in the background there was nothing except a huge fire. I always believed this to be a very poignant scene of a boy in front of an inferno. Imagine my surprise when years later I saw that same picture and read the description. It was in fact a picture of a boy in front of a festive bonfire. If the photographer had chosen to include other people surrounding the bonfire or if he had chosen to use a wider lens, I might have seen the actual context of the image. Was this photograph true to facts or not? Was it reality or not? It was reality, but the choices made by the photographer made me interpret the scene very, very differently from what was actually happening. I have several newspaper cuttings of scenes that were photographed in a way that the story that the image conveyed was entirely different from what was actually happening. This is how photographers can influence the story they tell about reality and influence how we interpret a scene, even journalists...

We more or less have to live with the idea that what we believe to be facts have been filtered by our individual brains and I think this is something we need to embrace. Rather than thinking that just because someone else is successful with a certain type of image and this is the way things should be done, we should accept that his interpretation is his and that we have a unique vision which we can share. In The Netherlands a fictional girl called Loesje (it was more like a movement actually) produced posters with texts that were ubiquitous in the late 1980's. One of the posters said : Be Yourself, There Are Already So Many Others.

I believe that we were not put on this earth to walk in someone else's shoes, we are not here to be anything but ourselves. Being unique and more importantly, knowing what makes us unique, makes up the foundation of creative self expression. Let us understand that we all have our own boundaries in what we believe is acceptable in art and not impose our boundaries on others. Art is and should be free. This is one of the greatest privileges of human kind; self expression, the expression of the self. 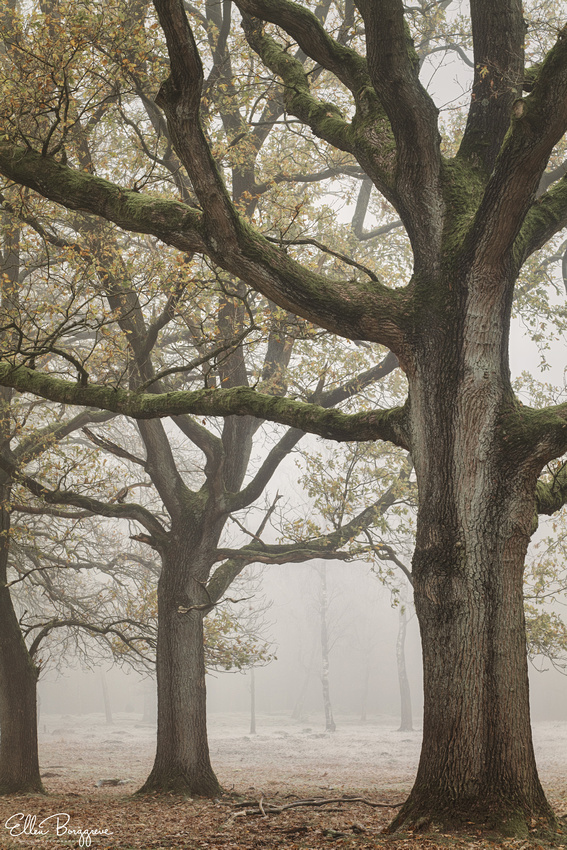 There is delight in knowing that someone else is seeing things differently, it should not immediately make you doubt your own interpretation or perception, it should not make you doubt your choices, your compositions, it should just be an acknowledgement of the great variety in human interpretation and the very reason for staying true to yourself. What is deemed successful, which is mostly linked to its level of popularity, is probably not the kind of success we should be after. There is nothing quite like the success of having created something that is a result of your personal interpretation. This in turn asks of you to be mindful of how you filter reality. It is a summons to Know Thyself

My boundaries will be different from yours and mine have shifted quite a bit. They are however not a judgement on other people's process of making images, they are much rather an indication of what I am most passionate about.

My boundaries are put up around my dedication to craftsmanship and a love for truly experiencing the moments that I turn into images with my camera. My camera is my way of becoming more immersed in those moments. The moments are what count and I am fully aware that it is my interpretation of that moment that I am capturing with my camera and I would not want it any other way. I want to put in the effort to witness the moment.

Being aware of your interpretation of a scene, a moment in time, is crucial to creating photographs that are true to you. If your way of seeing differs greatly from others', this is no reason for self-doubt nor a reason to adjust your work so it fits in more with what might be popular. It is in fact a reminder that the miracle of life on this planet is that we are all unique and that being like others is exactly what we should not strive for. Be yourself....Dare To Be Different

Barbara Tyroler(non-registered)
Thanks Ellen- I am with you 100%. !!! Will share with my students.
No comments posted.
Loading...
Subscribe
RSS
Recent Posts
2022, Favourites From A Photographer Time, The Essence Of Photography The Burden Of The Preconceived Keeping All Options Open Lessons of an Impassioned Photographer Photographer of Transience Beyond The Rule Of Thirds Photography: The Witnessed or The Witness The Missing Ingredient Restore, Reset and Renew, 2021 in Retrospective
Keywords
photography creativity inspiration stillness photography tips learn photography creativity coaching storytelling forest Lightroom
Archive
January February March April May June July August September October November December
© Ellen Borggreve
Powered by ZENFOLIO User Agreement
Cancel
Continue