Photography Beyond The Comfort Zone

A deliberate journey into unknown territory

Photography Beyond The Comfort ZoneHow to embrace the uncomfortable nature of venturing outside our comfort zone, get off auto pilot and to accept failures as part of progress

What started out as a trip to France turned out to be a journey way beyond my comfort zone. I must admit that I am not much of an admirer of that risk free place. I would even go as far as to say that I try to avoid spending much time in it and rather challenge myself than float comfortably on the waves of what I know already. Before going on this trip I had therefore made the very deliberate decision to not use my favoured 70-200 lens in the forest, but a standard lens instead, which turned out to be the 24-105 lens. 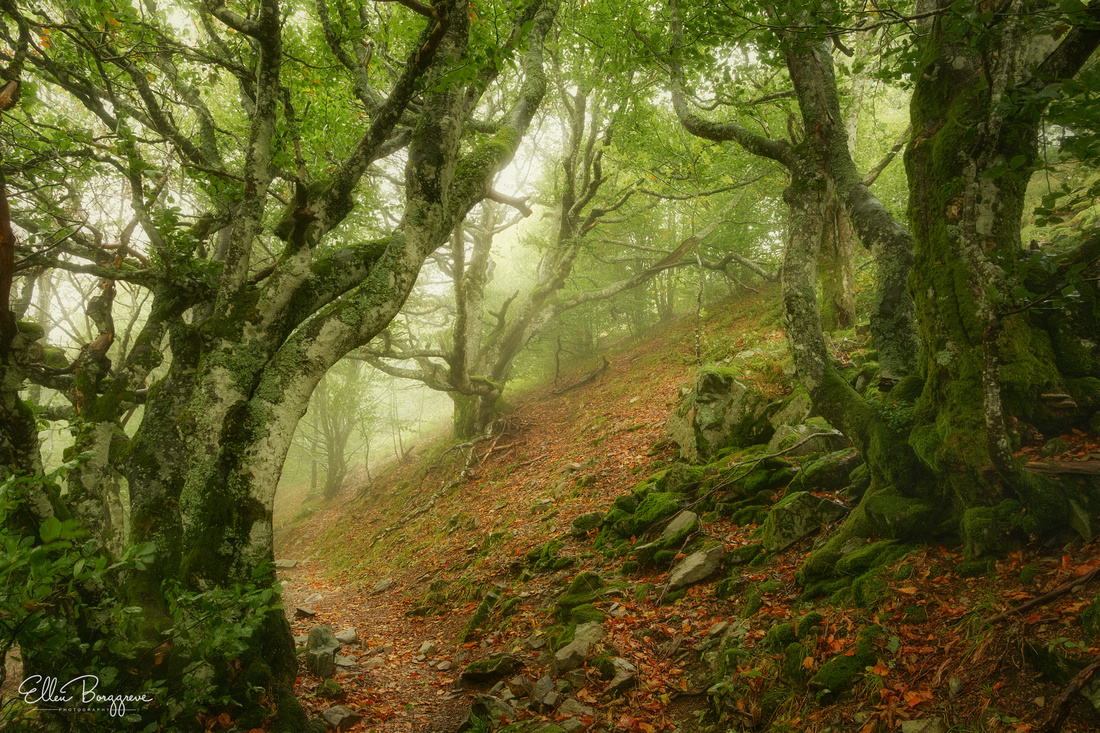 I knew that this would force me to make different compositions and to change my perspective, so to speak. I would have to try harder and this was something that I was seeking. I needed to get off auto-pilot for a while.

This was a brilliant idea and I can highly recommend it to any photographer to just steer clear from your favoured lens for a few weeks and use another lens instead. It will do wonders for your creativity.

The only “problem” was that I had not just decided to use a different lens, but I had also just bought a new camera and had switched brands and systems. Literally every piece of gear was new, nothing was familiar. And if there is anything that I have learned over the years, it is that I am not just very reluctant to buy new gear, but also that a change of gear gets in the way of my creativity. 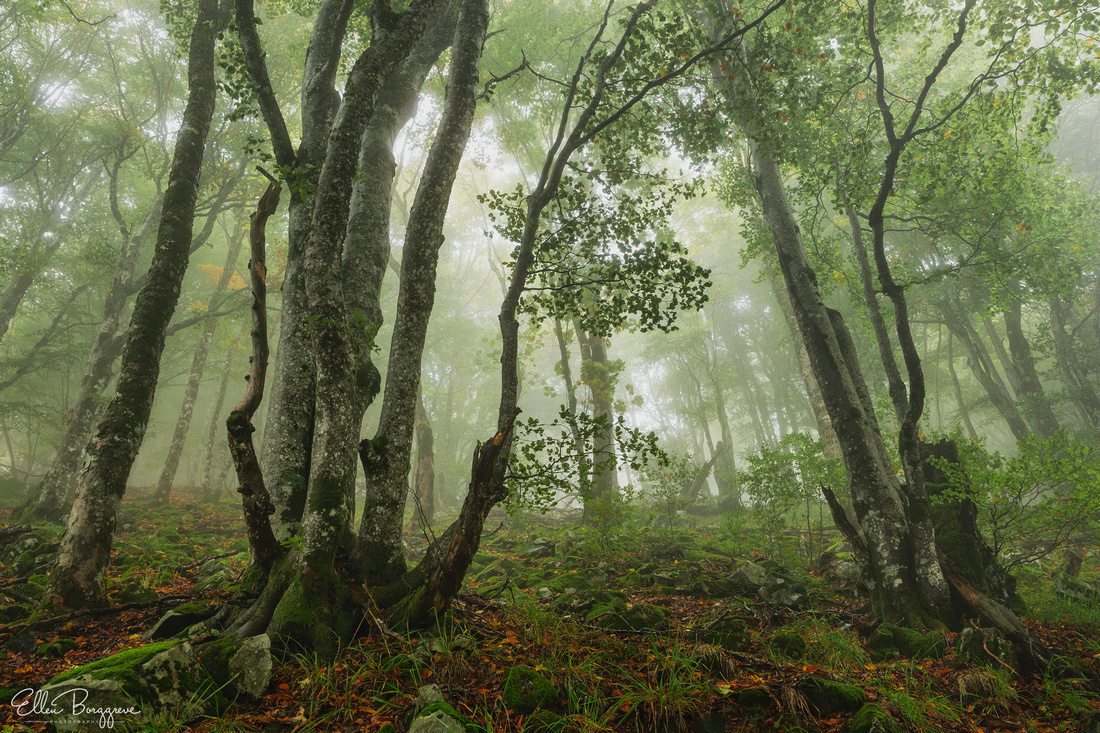 For the entire time that I have been a forest/landscape photographer I have worked with one camera brand and one type of camera. I had grown used to it in the time that I was learning this type of photography. I could use it blindfolded. It had however become unreliable and I chose to switch to another camera system. Even though I spent days studying the manual, trying to remember where everything was located, I of course had not had time to get to really know it.

Having a camera that you can operate without thinking about it, is an essential element of creative flow

As if this was not far enough outside my comfort zone, the weather conditions were really challenging as well. No matter what, I wanted to take pictures and so I found myself photographing in rainclouds and storm winds. I usually don’t like to take pictures when it is windy outside, let alone when the wind force is over 75 km per hour, but it turned out that this was what nature had in mind for us and I simply had to deal with it.

Torrential rain had the effect of me not really getting into my creative flow. I was struggling to keep the camera dry as well as keeping my tripod stable and finding the right buttons on the camera as well.

At one point I felt like I had totally lost IT. Whatever the elusive IT used to be, I was pretty sure it was not there anymore. This is not an unfamiliar feeling. I have been a professional artist long enough to recognise these bouts of loss of confidence as temporary obstacles. I know that it passes, but for some reason I could not shake the feeling in those weeks in France. 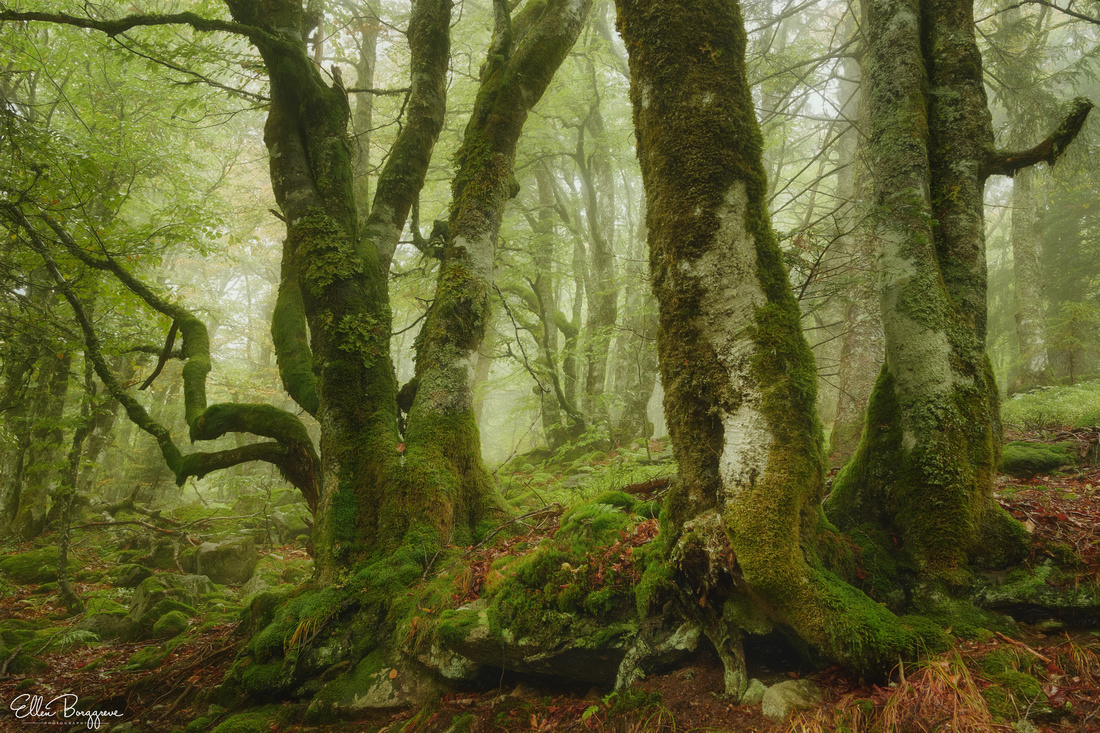 Only when I came home I realised that I had taken a trip far out of my comfort zone. I had made life pretty difficult for myself and even though this was partially my intention, I had not quite expected how much of an effect it has on your creativity if you don’t know your tools inside out.

Venturing this far out of my comfort zone lead to failures…many of them. Using a different lens lead to different types of pictures. A comfort zone does not just exist of a preferred and known modus operandi, but also of the results that you can predict to get. Through the years, your eye has become accustomed to seeing “your” compositions. If you do something different, your brain will not recognise this as yours (and therefore safe) and will want to discard it and get back to base level (which is safer). Evolution made us want to steer clear from any risks to keep us safe, unfortunately this effect is also apparent in a creative process in which taking some risks will lead to progress and new ideas.

Venturing out of your comfort zone will lead to failures, which in turn are necessary for progress

After a week or so, I was able to look at my recent pictures without the emotional “I have totally lost it” response and saw my new pictures for what they were. They were clear representations of me not being the same person and therefore the same photographer I was one year ago, when I was visiting the same location. A vision is not stagnant, it is in constant movement. Last year life was different, I was still oblivious to what would shake my world up a month later. Here I am now, still photographing forests, but no longer the same person.

I had not just taken new gear and a new challenge, but more than anything I had taken a new version of me on this trip and I had expected her to perform the way she did last year. It is a very good reminder to accept what is, to let go of the past and to know that progress comes from taking risks and failing. It is crucial to accept failures, not judge them. To learn from them and then move on. To not make this personal and instead of having created something you consider a failure, to start feeling you are a failure.

It is not comfortable outside your comfort zone and it might give you the urge to run back to where things are predictable and safe, but progress involves being uncomfortable, letting go of what you already know and go beyond what you thought you could do. It involves making work that is not good, because this teaches you more than any good work you make in the auto-repeat mode.

In all honesty, this trip was probably the one where I learned the most and had the most opportunities to grow. I might not have become particularly fond of torrential rain and storm winds all of a sudden, but I have learned to deal with what I was given and that is what it is all about.

The pictures in this post were taken in the past few weeks with a Panasonic Lumix S1 and a Panasonic Lumix S 20-105 F4 lens. They were processed using my usual workflow as explained in my new eBook : The Magic Of Forest Photography: The Recipes

Judith(non-registered)
Thank you so much for sharing this adventure. I admire anyone who will face uncomfortable weather to persist in their artistic goal. Also, you are an inspiration to persist in spite of "failure".
No comments posted.
Loading...
Subscribe
RSS
Recent Posts
Photographer of Transience Beyond The Rule Of Thirds Photography: The Witnessed or The Witness The Missing Ingredient Restore, Reset and Renew, 2021 in Retrospective The Sketching Photographer Interpretations and Perceptions of the Landscape Advanced Lightroom Colour Control The Pitfalls Of Chasing Perfect Conditions Framed: The Edges Of The Image
Keywords
photography creativity inspiration stillness photography tips learn photography creativity coaching storytelling forest Lightroom
Archive
January February March April May June July August September October November December
© Ellen Borggreve
Powered by ZENFOLIO User Agreement
Cancel
Continue