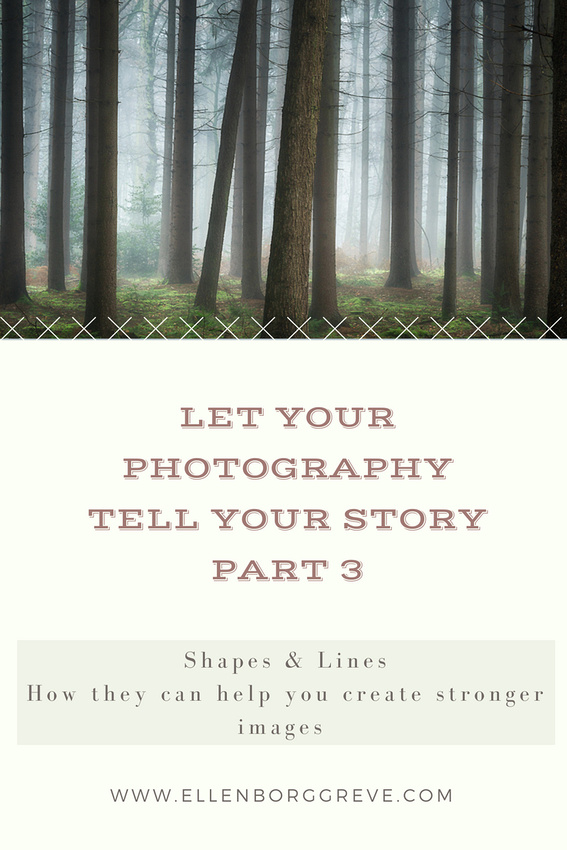 This week, I am going to make you think a bit differently then you might be used to. As you might know I have been a professional designer/artist for more than 21 years and this experience seeps through in my approach of photography. As a designer I am used to thinking in shapes and lines as you might imagine and with every design I make, I know which shapes will tell a story of for example vulnerability, thoughtfulness or curiosity. I use this same approach in my photography.

Just imagine you can only use shapes to express a mood. I am sure you will agree that straight lines are more rigid than rounded ones which are softer. Straight lines however can also convey a quiet and calm feeling, especially in groups of evenly spaced lines

Let me illustrate this 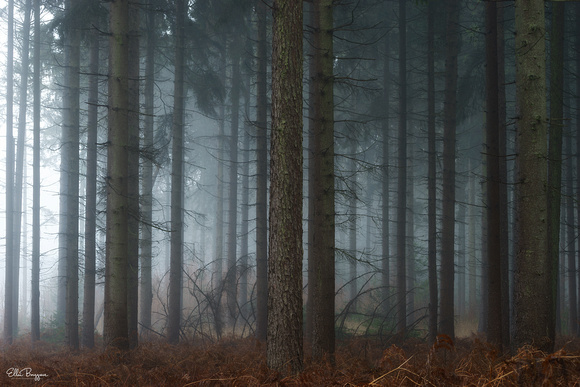 Pine trees in a misty forest with ferns underneathThis picture was taken on a cold winter morning when fog was obscuring the sight in this pine forest.

Now what happens when a diagonal line is added ? The scene tells a different story, because a diagonal line appears to be less stable and therefore adds a sense of movement to a picture

Curved lines feel more natural or elegant, like in this picture called Ballet Class. Again there is one tree that adds movement to the scene. These trees are known as "dancing trees". You probably see what a difference even a simple thing like lines make to an image 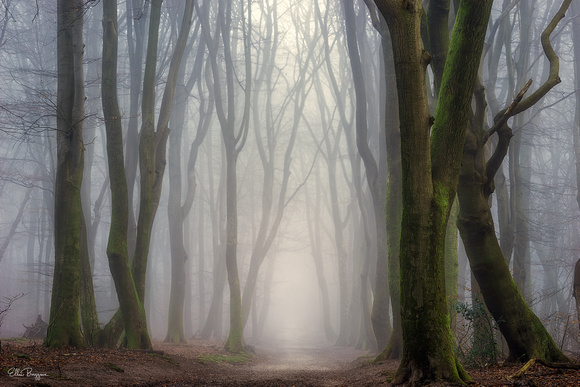 It is important to learn to see in lines and shapes besides looking at the scene with the mind labeling something as "mountain", "tree" or "lake". A tree can be seen as a line, a mountain is often a triangle, sometimes an oval, lakes are often more rounded. Imagine a picture with a square lake surrounded by straight pine trees versus a round lake with willows....This is a totally different image of a similar subject. The second picture would definitely look more romantic than the first one, so this is something you have to keep in mind when you try to tell your own story through your images. Do you see the difference in the story between these two pictures? Both are trees in the mist and if we forget about the colours for a bit and just focus on the shapes, you can easily see the first picture has more fragility in it and the second picture has bold shapes that tell a story of something that is stable, sturdy, impressive, grande and ancient. This is not just down to the shapes of the trees themselves, but also has to do with the choice of lens. The first picture was taken with a standard zoom lens and the second one with a zoom lens (even quite some zoom in this case) to emphasise their might appearance. 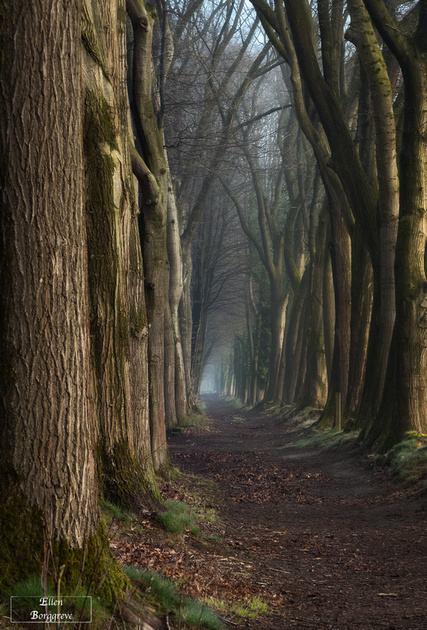 Most objects in an image can simply be reduced to a shape. Squinting at a scene helps to see this more clearly. You will see how an image is built up from groups of lines (lines with space in between) and shapes. Vertical shapes appear more powerful than horizontal shapes and if you want to emphasise the height of the subjects in a scene, it makes sense to take a vertical shot, like the one above.

Rounded shapes are softer and more calm than a triangular shape. They might even convey a happy and young feeling more easily. This is because we tend to think of round things as cute (think about baby faces, baby animals). This is something I have used a lot in my career as a soft sculpture artist. 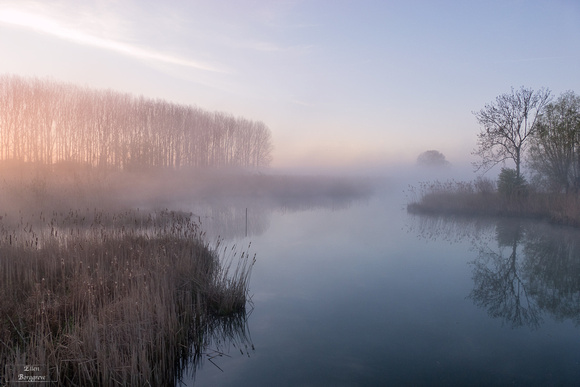 Imagine if the shape in the background was not a round oak tree, but a mountain. This would give this scene a totally different story. Not just because there is a mountain in there, but it would appear less soft, because there would then be a lot of triangular shapes in this picture. In this case the triangles point to a round subject floating in the mist.

Next week will be the last post in this series : Let Your Photography Tell Your Story

If you missed the previous articles you can find them here;