Patience Pays Off In Photography

As I am sitting here reflecting on the past few weeks that I got to spend in the mountains in France, I keep thinking about the light and how it affected my work and my work pace. For my forest photography, the conditions were challenging to say the least. The light was harsh and bright, even in the early morning and this made it almost impossible to take the kind of pictures I so love to take. The days that we saw a bit of fog floating over the mountain tops I became rather obsessed and chased the fog for hours only to find it dissipate as soon as I had put my tripod down. The very few times that I managed to catch a minute of fog, adrenalin took over and I worked hastily, because I just knew that the next minute it would be gone. This however is not a recipe for success... 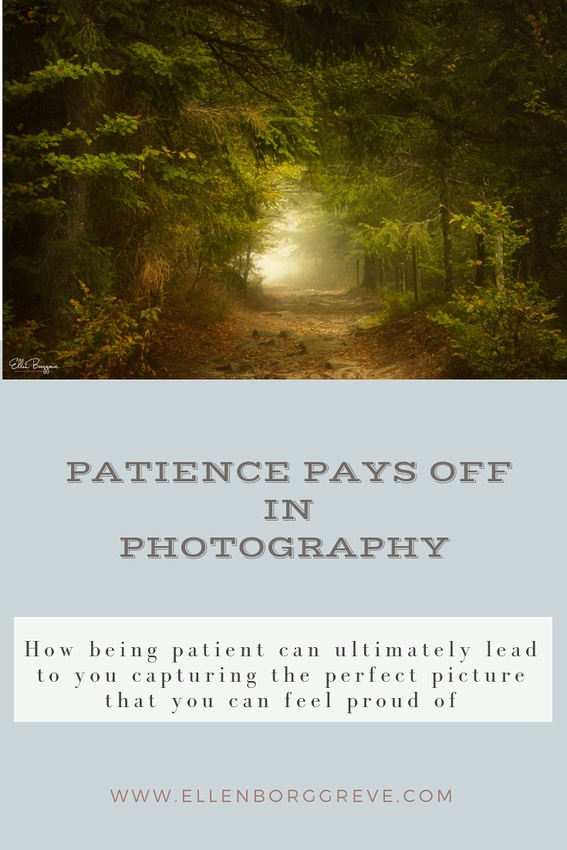 At one point I got fog and it stayed, but it was not in the place where I could take my kind of pictures and I found myself running around (quite literally) and then all of a sudden observed what I was doing and said: "Stop....slow down....what is it that you want to express in your pictures?" This question made me stop in my tracks and I realised I was chasing fog even when the location was all wrong for my kind of work. I took a deep breath, put my cameras in the bag and decided to go where the fog was not. 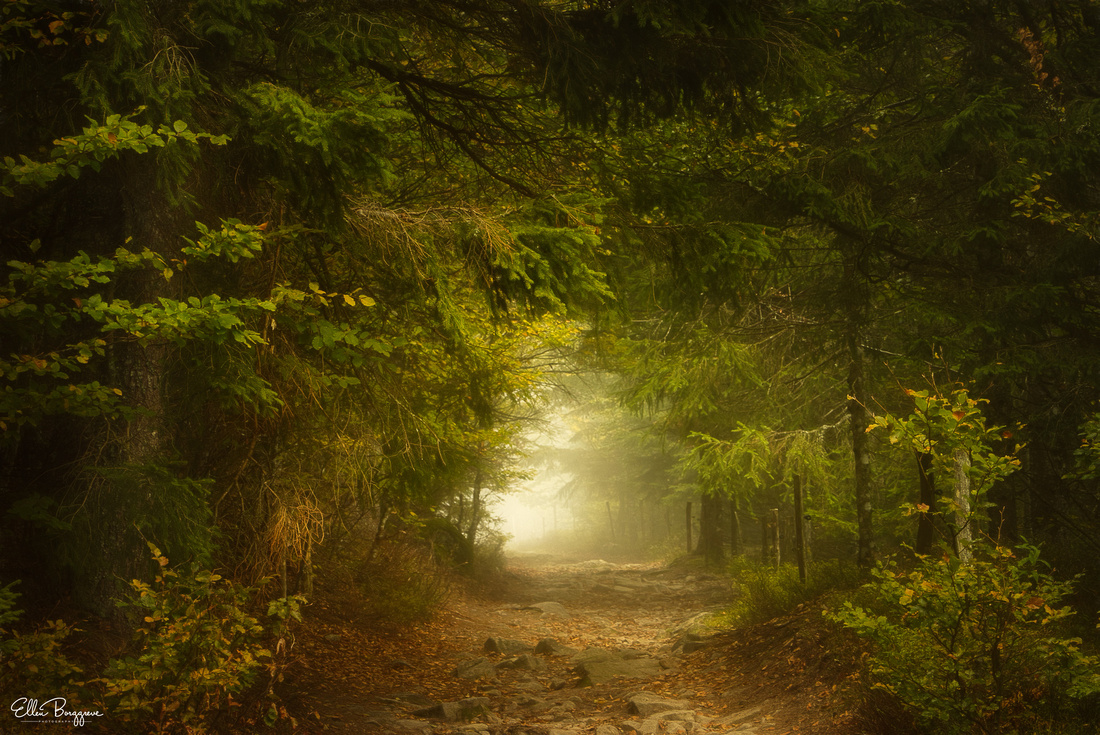 Gates of DawnA painterly scene of an intimate rocky forest path at the beginning of autumn. Fine art photography by Ellen Borggreve

Funnily enough I did get fog when I went out to capture landscape pictures. Not the kind of fog that hangs around in forests (no such luck), but beautiful floating fog beneath the mountain tops. The views were just so spectacular that again I had to slow down, in order for me to stop being too trigger-happy. It was all just so magical and it is very tempting to just keep clicking away, partly out of fear that this magic will not last. 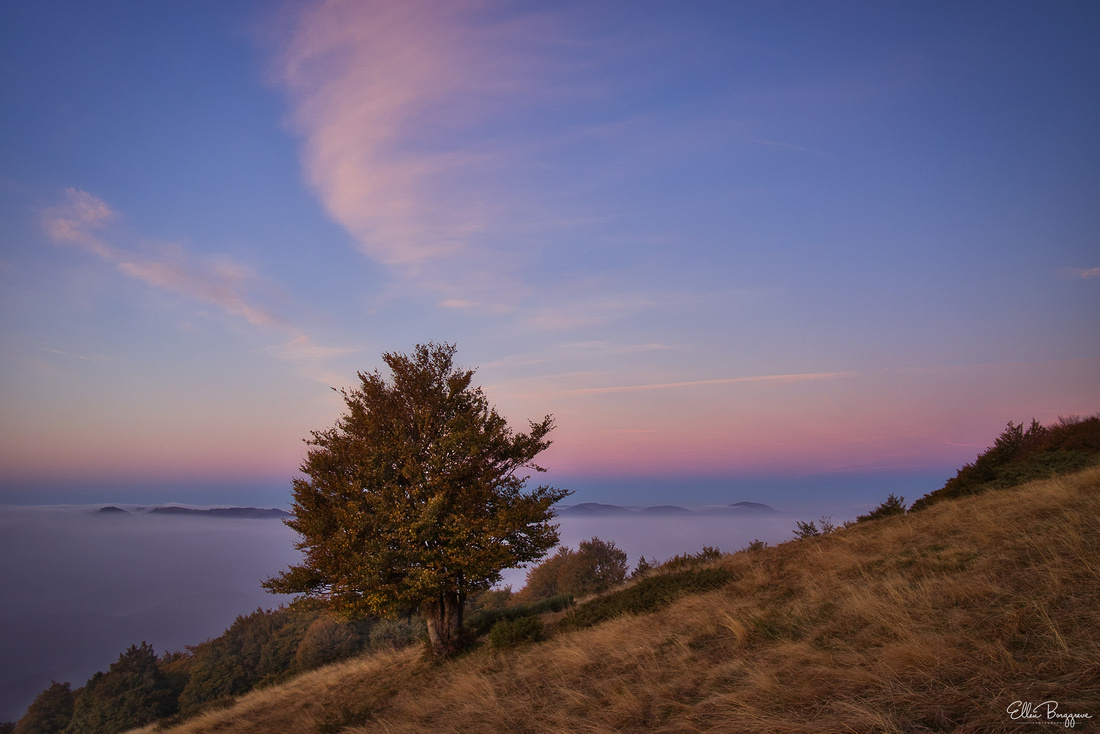 It always pays off to be patient and to keep in mind what makes up a picture that will feel like it is yours. Sometimes this means putting your camera away and stopping yourself from taking a mediocre shot that will become buried in your Lightroom archives, sometimes it means just taking a breath and walking around until you find the best composition, even if this means you can take less pictures. A full memory card with pictures that you are not proud of is always a worse scenario than a memory card with 10 pictures that you are really proud of. 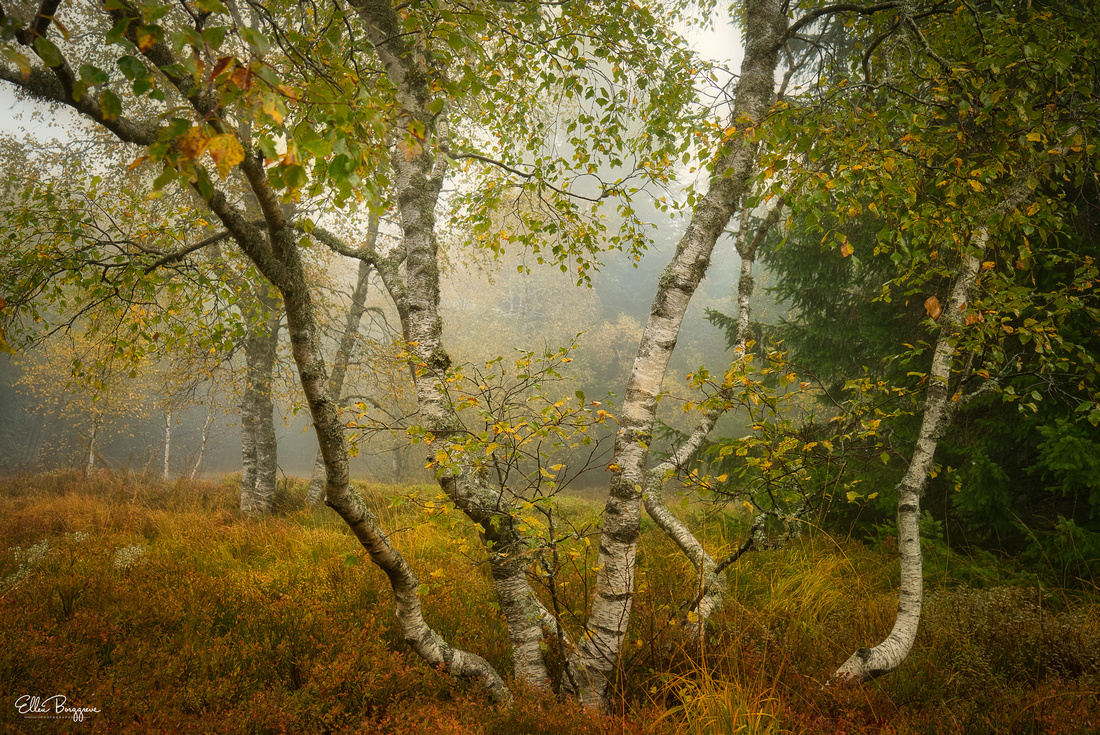 Still October MorningPainterly picture of a birch in the mist and pouring rain on an early October morning. Fine art photography by Ellen Borggreve

With conditions being far from perfect (well they were perfect, but not for my kind of photography), we decided to scout a LOT. We hiked for many hours every day just to see if we could find spots that I could come back to later. I took test pictures, I tried out compositions, I experimented more than I usually would, because I knew that these were all just scouting pictures. These pictures are important, as they prepare me for the next time. I learn from these pictures and they make me grow as a photographer. 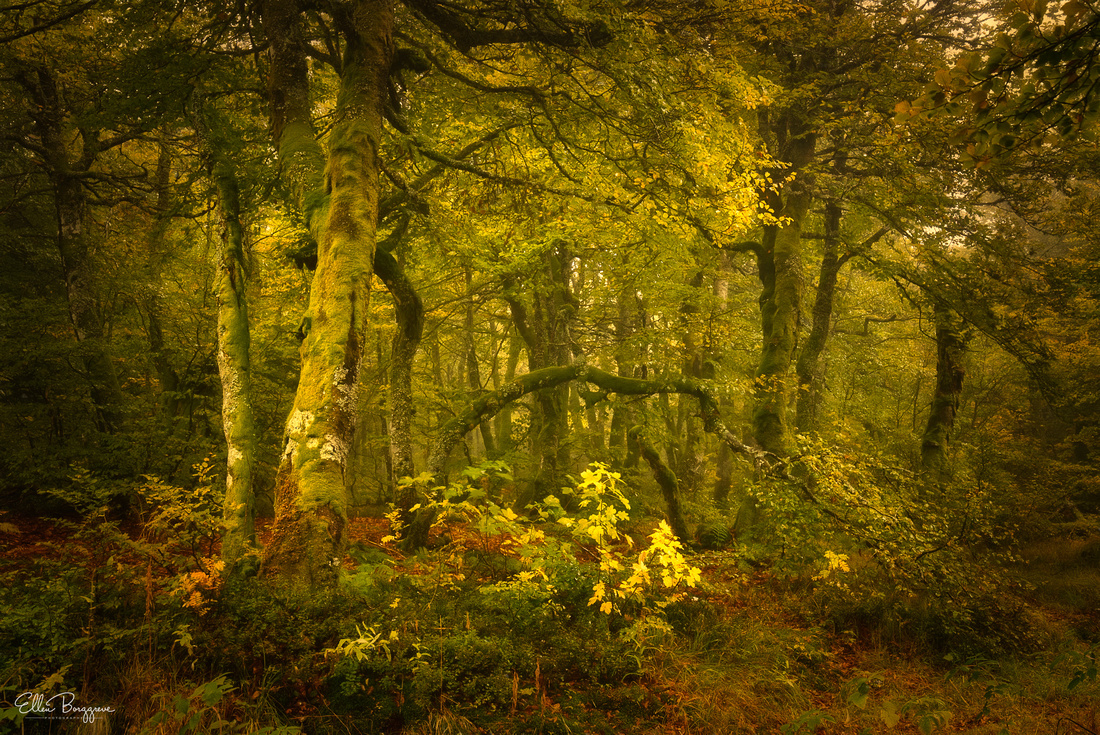 La Muse VerteA mystical and painterly forest scene of mossy beech trees in the mountains of France in the beginning of autumn. Fine art photography by Ellen Borggreve

In the end I ended up taking pictures in the pouring rain, which to me is the next best thing after fog. I have ziplock bags in my bag at all times and slip them over the cameras and when I take the pictures I wrap the cameras is microfibre cloths to keep them as dry as possible. The pictures I took in the rain were mostly well prepared. I knew the locations well, I had scouted them often in the past few years and I had seen the pictures I wanted to take in my mind's eye years before I was able to take them. Rain however was also a very rare and short-lived thing in our weeks in France and so I came home with less pictures than usual, but a few of those were exactly what I had been hoping to take for years. And this is how patience and perseverance paid off in the end. I would have loved to take more pictures that I am really proud of, but know that I have outgrown many of the pictures that I loved to take less than a year ago and this means that I keep coming home with fewer pictures on my memory cards, but more pictures that I feel connected to. 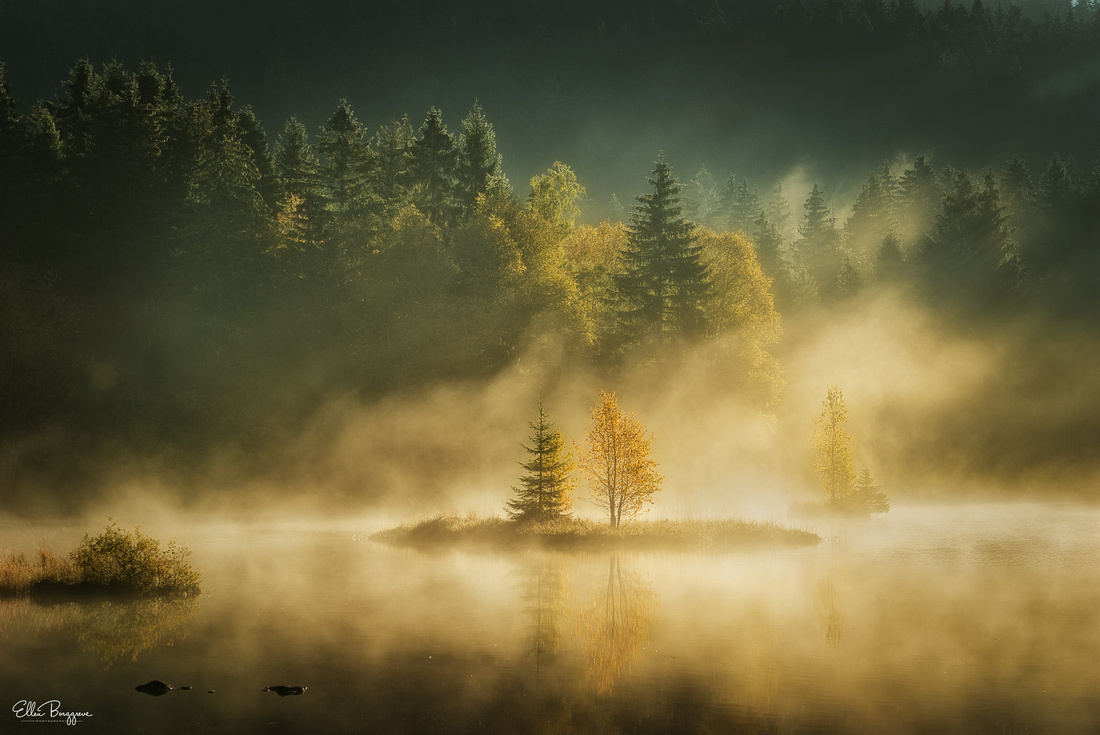 AfloatThe atmosphere of an autumn sunrise over floating birches in a misty mere.
Fine Art Photography by Ellen Borggreve
www.ellenborggreve.com

Photography, and nature and landscape photography in particular, is a game of patience and perseverance. It is waiting for nature to line up the conditions in some magical way that tells the story of a spot in the best possible way. It is all about being prepared to capture that moment of enchantment when it happens and being flexible enough to adjust if things don't go as expected.

If you are in need of some autumn photography inspiration, you can find some in this blog post

If you want to know all about the right conditions for forest photography and the very, very wrong ones....when to take pictures in the forest and how, I can highly recommend my new eBook: The Magic Of Forest Photography